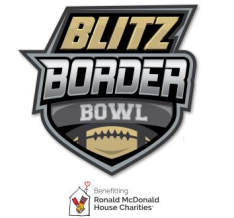 Coaches from Georgia and South Carolina will select 40 players to represent the teams in this Coastal Empire vs. Lowcountry game.

The Blitz Border Bowl will be broadcast live on WSAV, while pre and post-game coverage of the game will be featured in the Savannah Morning News and on Savannahnow.com.